Preclinical scientists at Lundbeck used AI for the quantitative assessment of alpha-synuclein pathology, increasing the speed and accuracy of analysis.
September 1, 2020
Written by Aiforia

Parkinson’s disease (PD) is the second most common neurodegenerative disorder after Alzheimer’s. PD affects around 10 million people worldwide. α-synuclein is a neuronal protein that is linked genetically and neuropathologically to PD.

Researchers at Lundbeck trained deep learning neural networks to build AI models for performing an objective, quantitative assessment of α-synuclein pathology and to generate a spatiotemporal map of pathology spread in mouse brains. 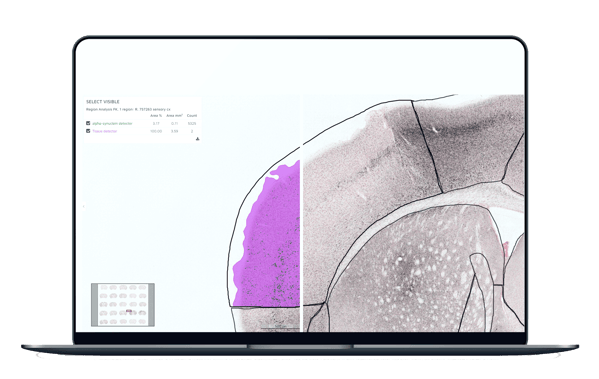